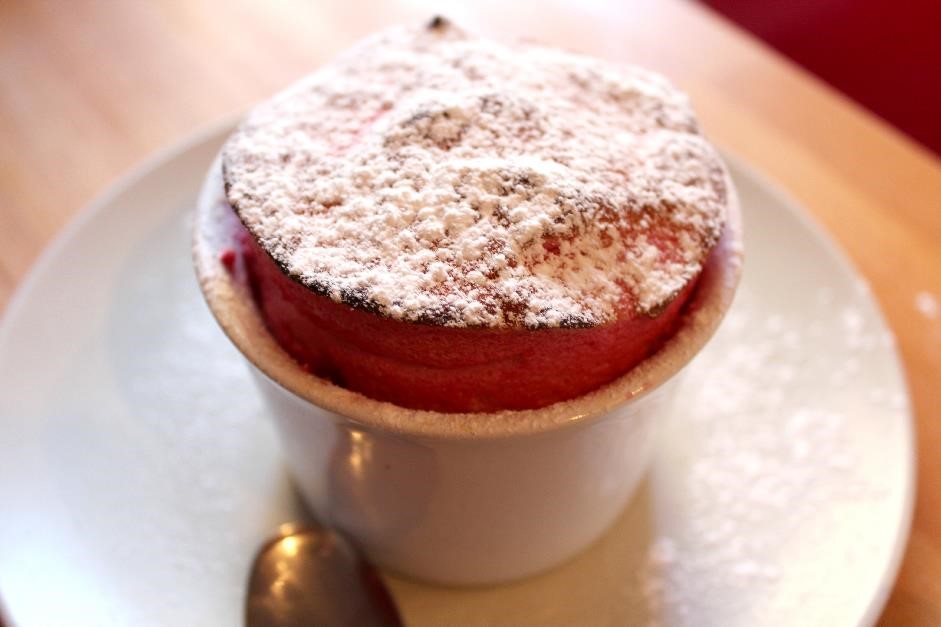 The dreaded soufflé…We’ve all heard horror stories about soufflés never rising and ending up looking sorry for themselves. Well it’s time to put an end to those urban legends. As long as your oven is at the right temperature and your egg whites well whisked, then it should be ‘fingers in the nose’ as we say in French. I’m not actually saying you should have your fingers in your nose when making this recipe (although feel free to do whatever you want), it just means that by following a few simple steps, it should be dead easy. We usually know soufflés as cheese-flavoured treats, but here I’ve made a sweet version using raspberries (frozen though, as it’s not really the season here in London). 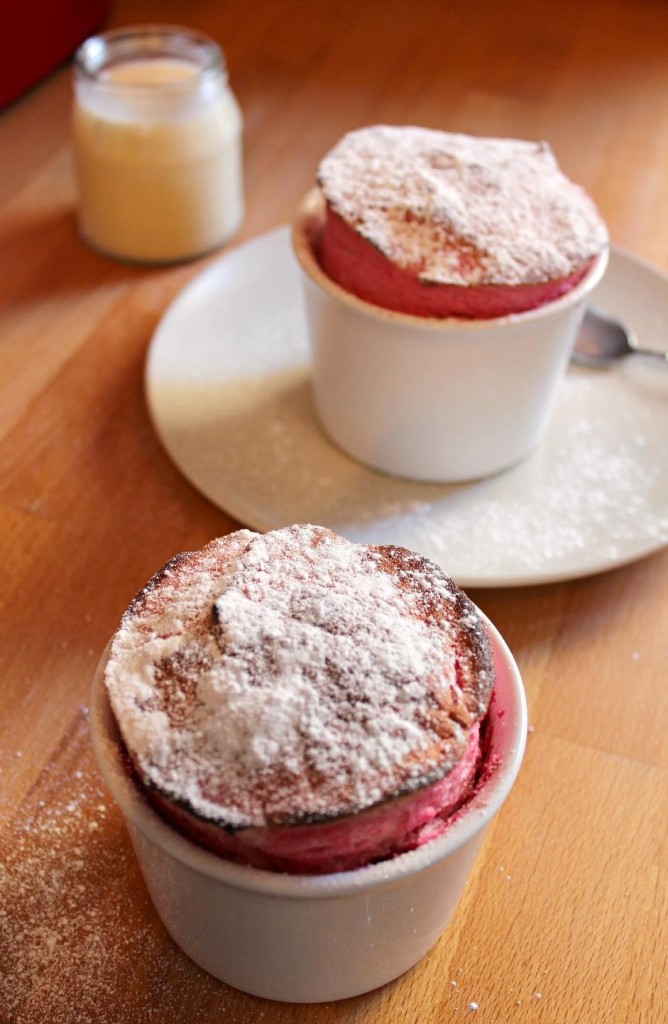 To make 4 raspberry soufflés, you need:

For the soufflés
For the custard

The custard is optional but it's a good way to use the egg yolks rather than wasting them!

One reply on “Raspberry soufflés”