Some of you will instantly recognise this speciality from Bordeaux…the delicious canelés. They are baked in a small, striated cylinder, traditionally made from copper. But after a couple of disasters trying to make canelés using these beautiful metal moulds, I caved in and bought, on the internet, a silicon mould that makes 16 canelés, for around £7. And it works a treat!

The secret of a successful canelé resides in the contrast between its soft, tender custard centre and its dark, thick caramelised crust. Divine with a cup of hot, steamy coffee. And they’re so quick to prepare – about 10 minutes – but they bake for around 1 hour, depending on how caramelised you like them! 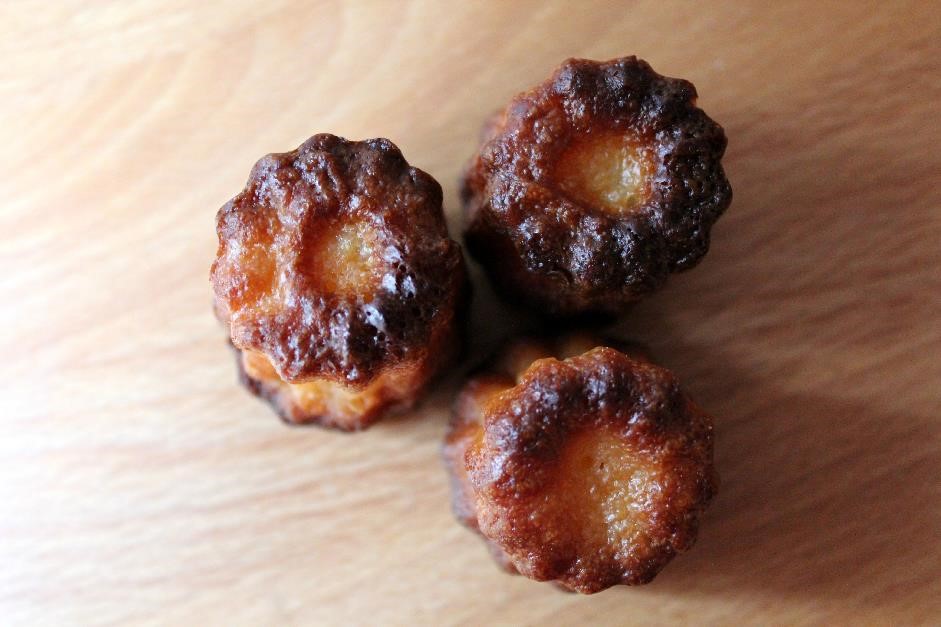 To make 16 small canelés, you need: