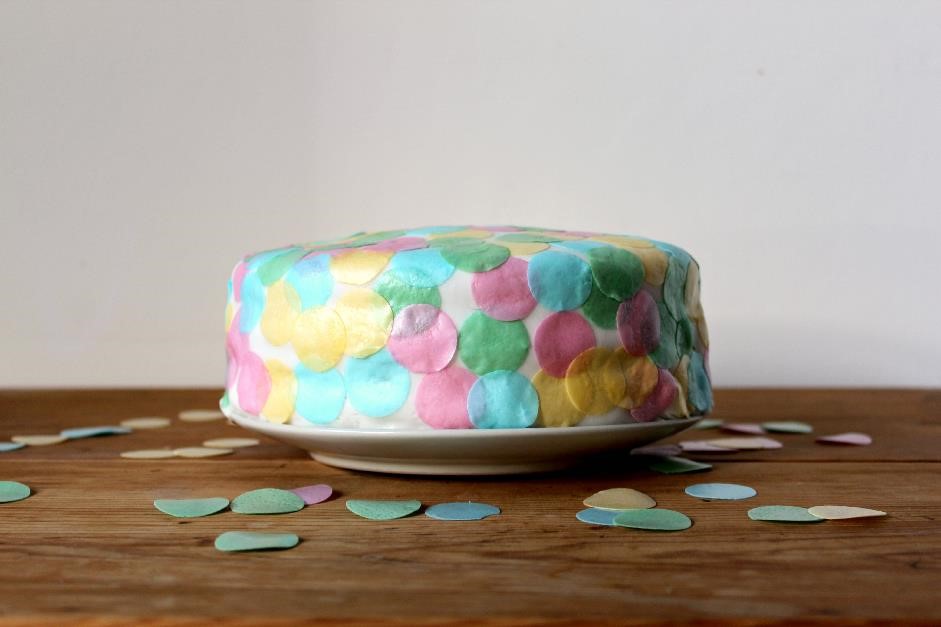 I’m back! After quite a long hiatus, I’m posting again. I now have a bit more time on my hands but that might not last very long as I’m expecting baby number 2 in the next few weeks. Hopefully, I’ll be able to prepare a few posts beforehand. Today’s recipe is a celebratory confetti cake, not that I have much to celebrate…yet. For months, I’ve been looking at confetti cakes on Pinterest and finally caved in and bought, a few days ago, some coloured rice paper and a card puncher on the internet to make my own edible confetti. Under the icing is a four-tiered lemon sponge cake, very moist and zingy! I hope you’ll enjoy it! 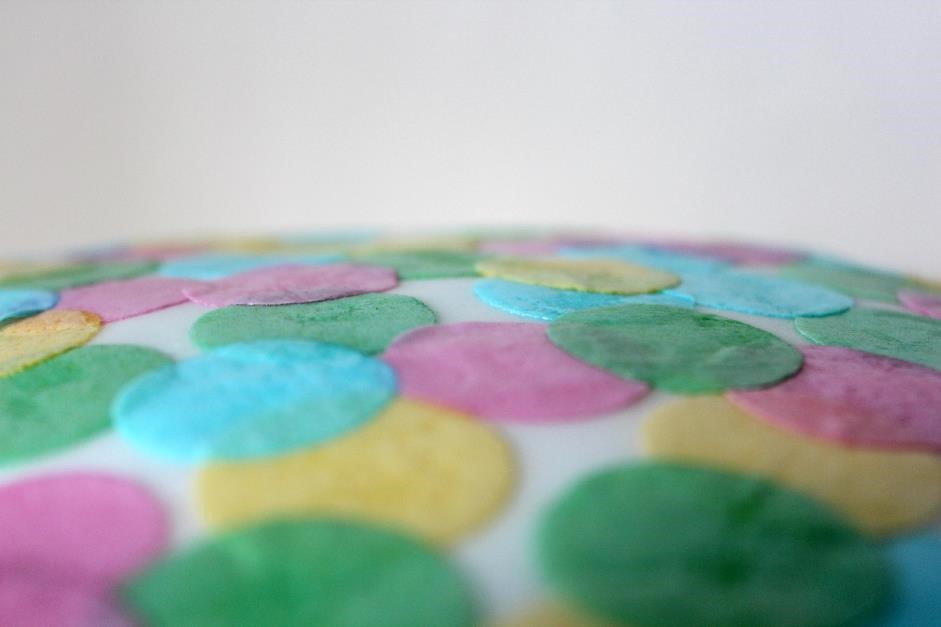 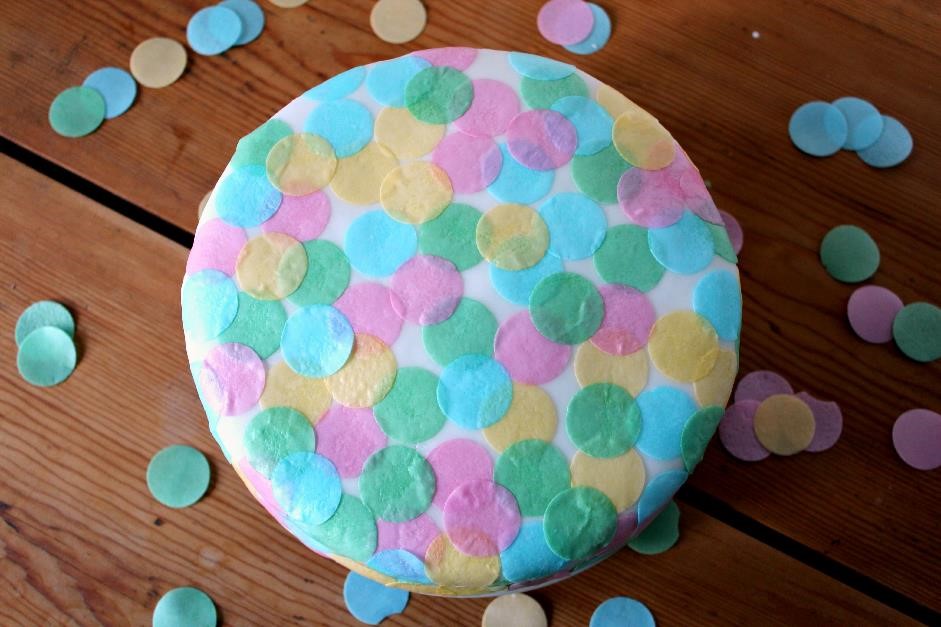 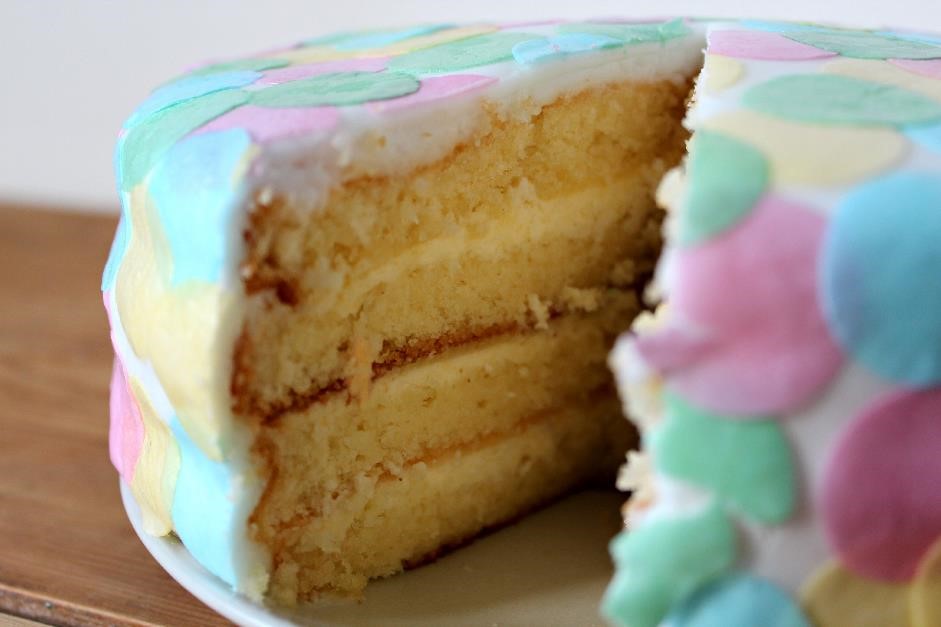 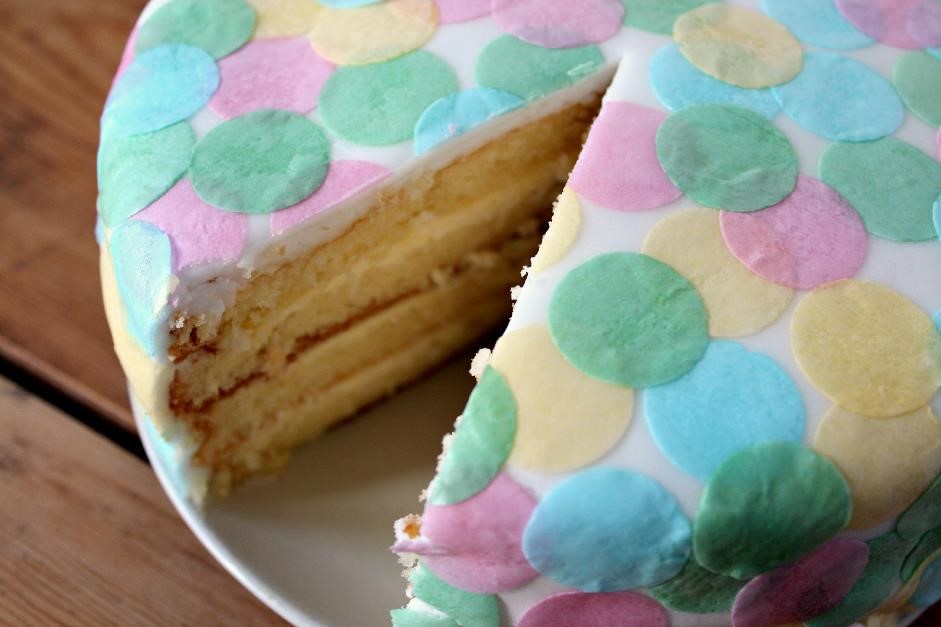 To make this cake, you need: